I do have a fondness for economics and economists. One would think that theirs was an exact science and that the free market actually existed. Economics is a social science meaning that there are a myriad of ways to interpret “discoveries” and insights. Besides, if the free market actually existed in practice, the world might not be as screwed up a place as it is. Unfortunately people run economies and people have agendas.

Economics is a science?

Without policy interventions, trade deals and insane interventions by the likes of the IMF, prices would, in this imaginary free market world, reflect the difficulty, scarcity and intensity of human effort required to produce the items that we all take for granted. Instead, in an artificially incubated world of subsidies, tariffs and vested interests, we are left to the whims of those in power (both political and financial – which are increasingly hard to tell apart).

Over the last 10 years or so the price of food – in developed countries – has decreased as has the price of clothing. Yet commodity prices have been rising over that same period of time – no that doesn’t make sense to me either.  Meanwhile the global population has continued to rise, the BRIC countries continue to add millions into the realms of the middle class which has placed extra demand on already limited resources. Higher numbers of middle class means higher energy consumption, more car use, increased consumption of meat and increased obesity rates. All of these facts have implications for our environment and the role of Homo Sapiens in that planet. 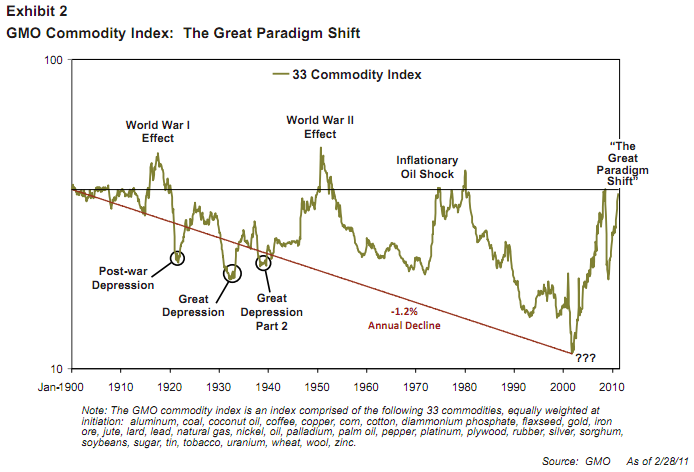 This site aims to bring all these elements into one place in simple ways. To highlight the issues that exist in this nexus and to share and inspire work being done in this area to preserve our planet, our lives and the lives of our children. It’s going to be part doom and gloom and part ray of sunshine – because that’s what it need to be but also with a hint of sarcasm and self-deprecating humour.  Systems thinking can be so dour, let’s get some excitement going.